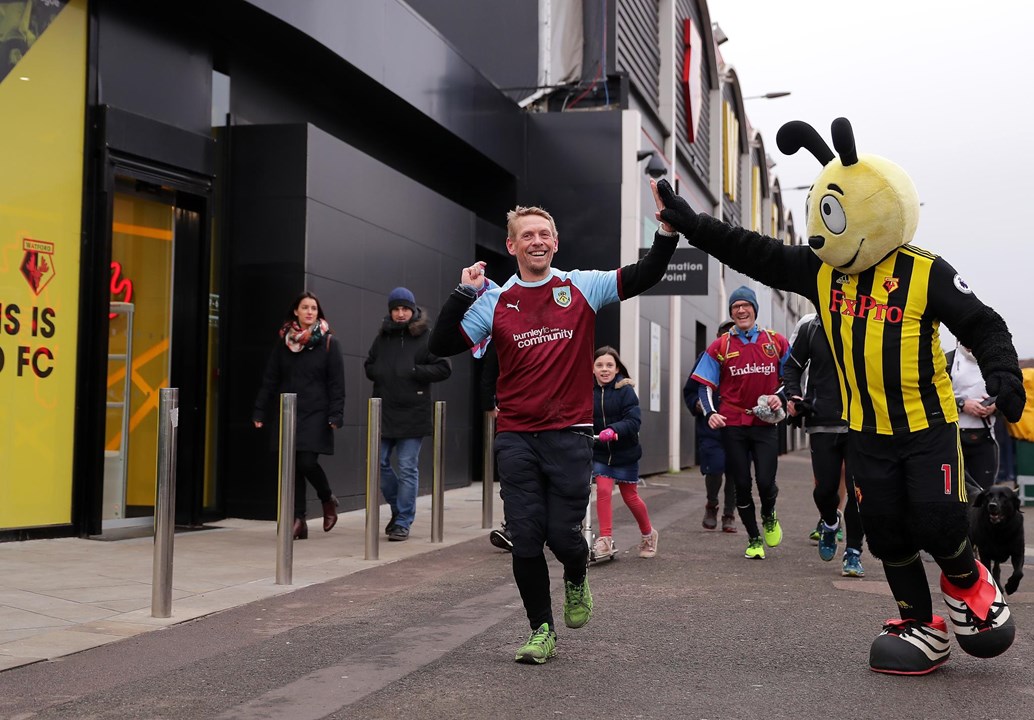 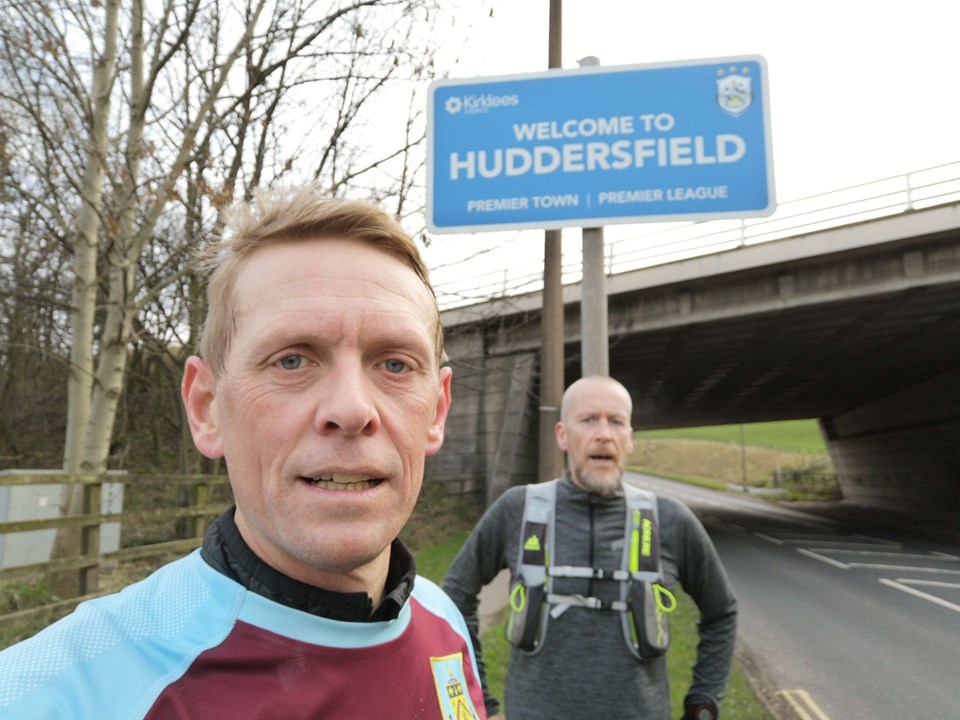 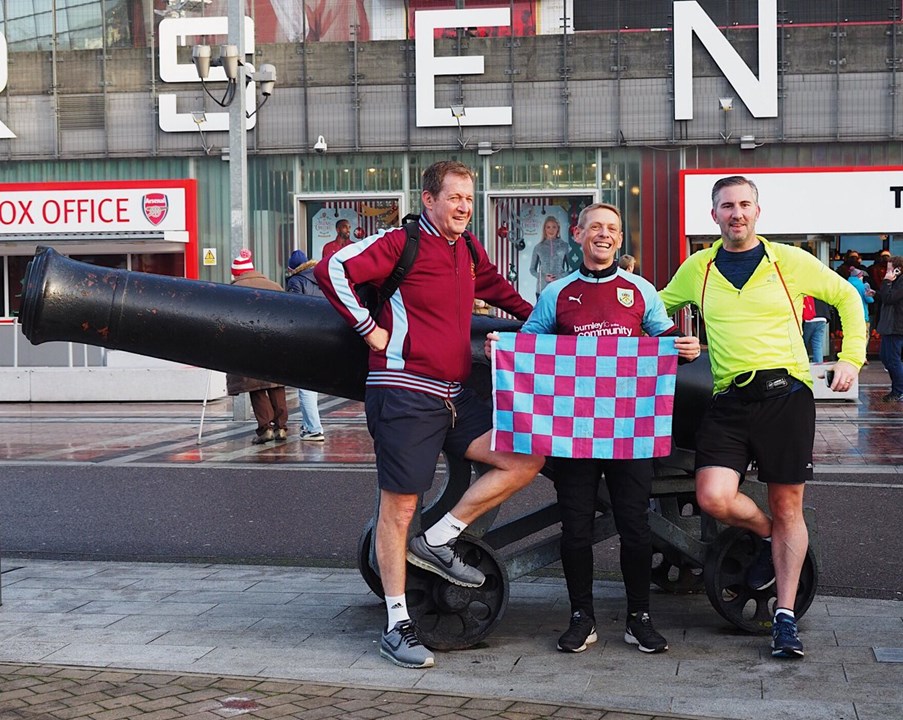 Turf Moor to the Emirates Stadium 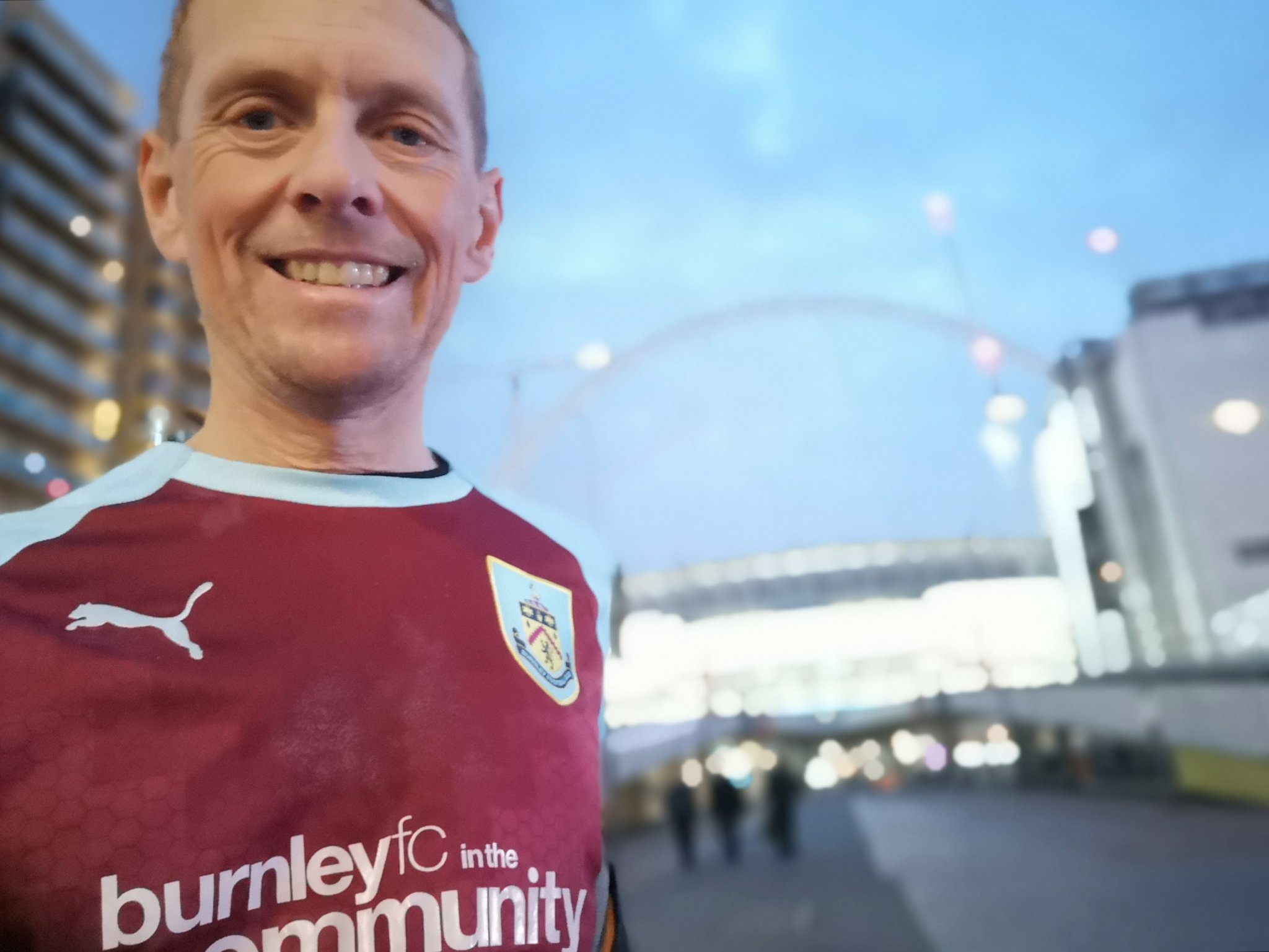 More to follow once I am back from the Arsenal leg! 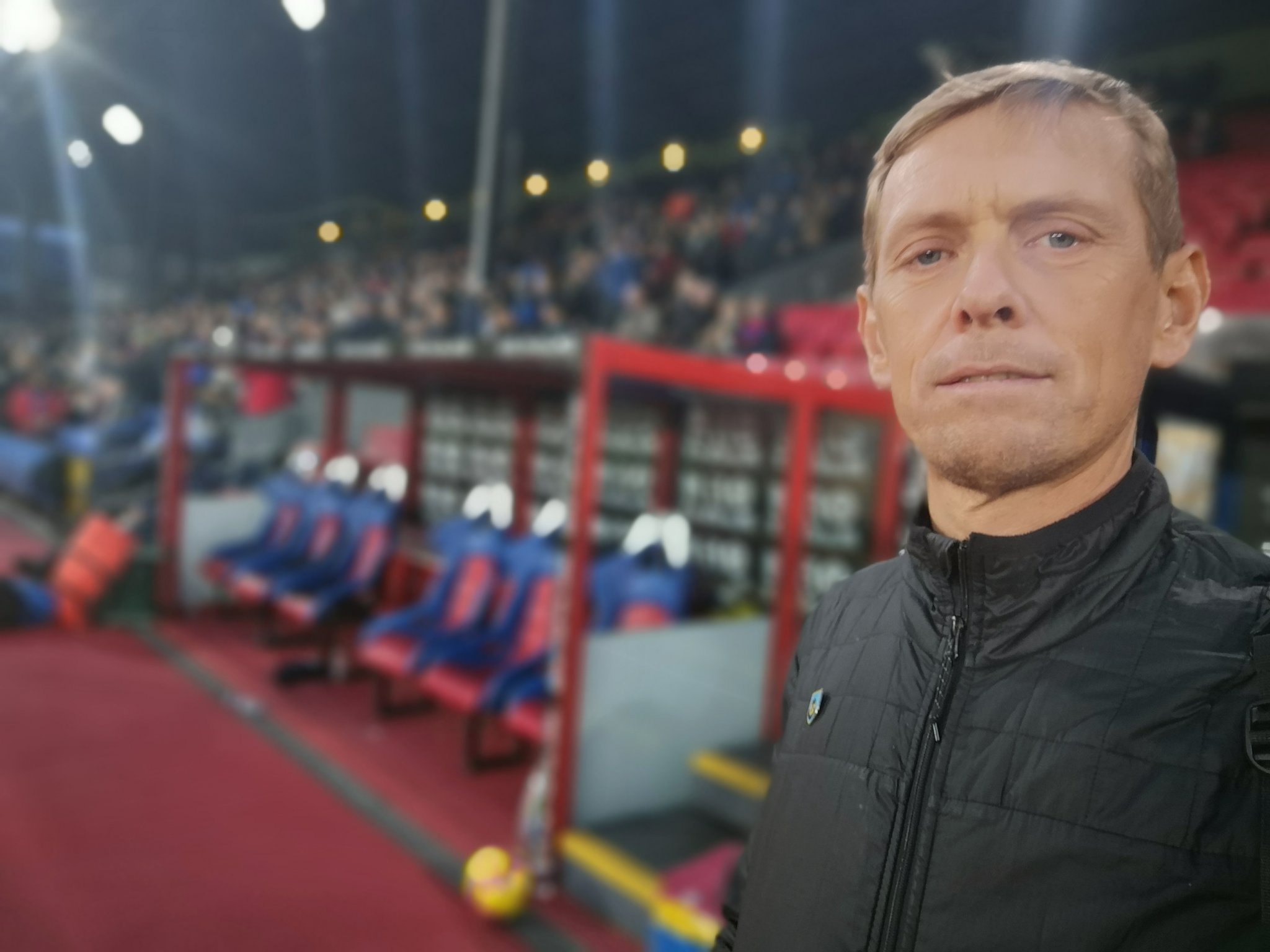 If the mind is willing the body will follow…

My recent seven-day run from Burnley to Crystal Palace was the eighth run of the RunAway Challenge and the third run to London since I began the Challenge in August 2018.

I’m happy to report that I completed this run achieving both key performance indicators that I have set for myself: 1) get to the game on time and 2) do as little mental and physical damage as possible.

Over time, I’ve become familiar with the route from Burnley to the capital, memorizing the distances between towns and villages, stopping to admire favourite landscapes, resting in cafes with the best coffee and cakes and breathing a sigh of relief every time I run under the M25 motorway, which serves as a symbolic gateway into London and the start of final 20 miles of a 225 mile run.

All these familiar things help me overcome the mental fatigue and loneliness of long days pounding along canal towpaths, cycle paths and back roads. Yes, there is also a massive amount of physical training and preparation involved in successfully competing these ultra long runs but the more runs I do the more I am convinced that: if the mind is willing the body will follow.

But to succeed my mind needs more than the stimulus of familiar surroundings and a fancy cappuccino. It needs your support. During every day of running, without fail, I hit a low spot where I feel mentally exhausted, lonely or voices in my head are screaming why the hell am I doing this?

When this happens, I tune in to social media on my phone. I read all the comments of support, look at the hundreds of donations on Just Giving and think of all those who will benefit from the money raised. This really is a massive boost and helps me to continue putting one foot in front of the other. So, please keep on following the journey and sending warm wishes my way.

Even with the mind and body acting in unison I am not guaranteed to succeed. The British weather is probably the biggest external threat to me completing each of the nineteen runs.

Since starting the RunAway Challenge back in August 2018 the weather has been very kind, with almost perfect running conditions during all of my runs. I’ve only had a couple of rainy days and the average temperature has been 18c. However, with the days getting shorter and colder I’ve got to be prepared to face whatever conditions are coming, especially in winter.

My toughest day so far was on Thursday 29th November as I approached Milton Keynes on the Grand Union Canal. A front of high pressure had been moving across Britain for two days bringing heavy winds blowing in from the southwest. Two days earlier I got drenched in the early evening as I ran into Leicester. Rain I can cope with, but heavy winds are a runner’s biggest enemy. After setting off early from Northampton I made decent progress running on the towpath at a slow to moderate pace into the strong headwind.

Three hours in my chest became very tight and the air became very thin. Milton Keynes is not the prettiest place on the planet, so I never thought it would take my breath away. I loosened my running pack, sipped on the water in my running flask and slowed down my pace until I found a café where I could relax and bring my heart beat back to normal.

As I left the café the clouds cleared, blue sky and a rainbow appeared and I began to run again. I hadn’t experienced such tight breathing since I’d been trekking at high altitude in the Himalayas. Yet this was in Milton Keynes not at Everest Base Camp.

On Saturday morning, I crossed the River Thames into South London, running towards Selhurst Park to watch the Clarets play Crystal Palace.

The usual pre-match jitters kicked in, what was the starting line up? Would Dyche play Vydra or Barnes? Would we get a result?… but at the back of mind, I was already planning my next big run away from Turf Moor. 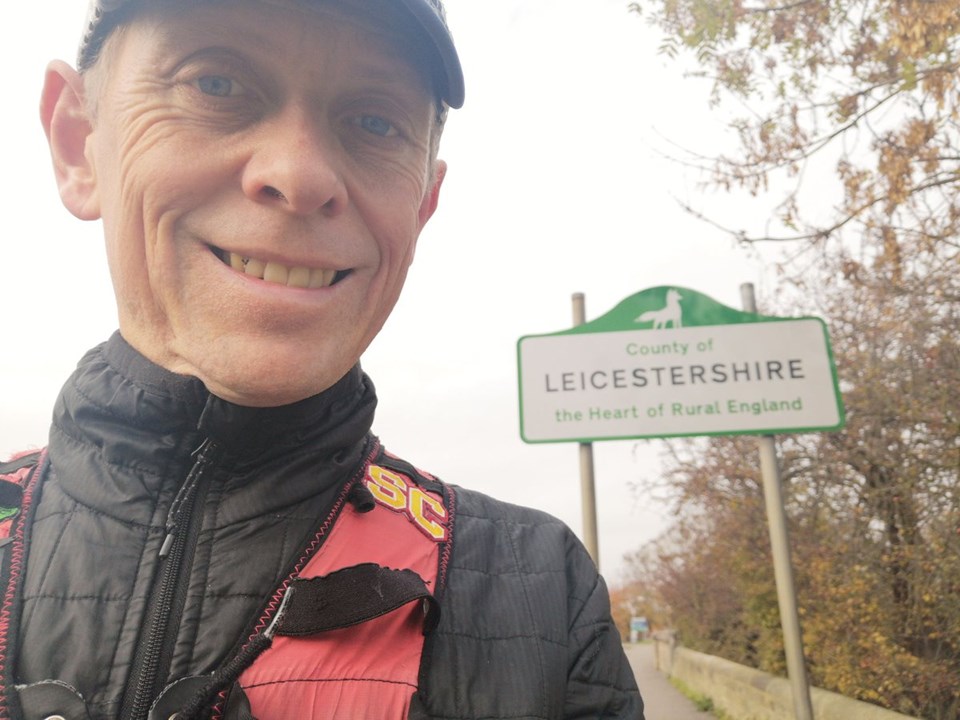 Thank you for your amazing support! If you would like to donate to the RunAway challenge please text AWAY19£3 to 70070 or visit his JustGiving page by clicking here.

Thank you for your amazing support! If you would like to donate to the RunAway challenge please text AWAY19£3 to 70070 or visit his JustGiving page by clicking here.

Scott set off one week prior to kick-off on Saturday 27th October and averaged around 32.5 miles per day while running through stunning landscapes such as the Pennine Bridleway and experiencing some beautiful views on the Grand Union Canal which stretches from the Midlands to London.

Next up on the RunAway challenge is Burnley FC’s trip to Leicester City FC this Saturday (10th November). Thank you to everyone who has donated so far, let’s help Scott get closer to his target this weekend!

All the money raised by RunAway will go to Burnley FC in the Community, the official charity of Burnley FC. We will then distribute 50% of the funds raised to local charities in Burnley. The other 50% will be divided between the community trusts at each of the Premier League clubs. 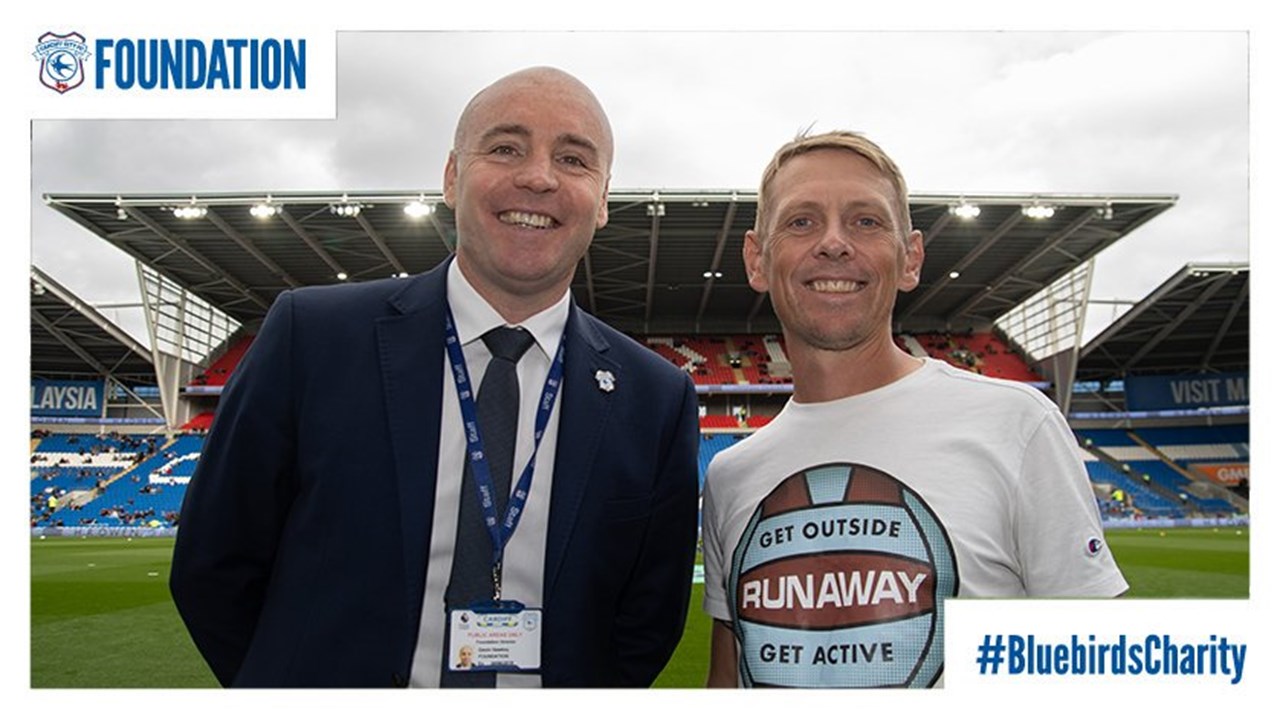 It was another monumental effort by Scott as he ticked off chapter three of the RunAway challenge – the 100-mile+ journey from Turf Moor to Wolverhampton Wanderers FC’s Molineux.

Scott attempted to complete the run in just 24 hours with an aim of boosting his fundraising target to £5,000.

Despite the run taking him slightly longer than his target and his total not quite reaching £5k, he arrived at the stadium in plenty of time to watch the Clarets and his total currently stands at £3,603.48 – thank you to everyone who has donated so far!

A special thanks must also go to the WWFC Foundation for their fantastic support of the RunAway challenge on social media and with their pitchside pre-match interview with Scott, helping to raise awareness of Scott’s cause across the country.

Next up on the RunAway challenge is Burnley FC’s long trip to Cardiff City FC on Saturday 29th September. It’s not getting any easier for Scott so make sure you back him by donating!

All the money raised by RunAway will go to Burnley FC in the Community, the official charity of Burnley FC. We will then distribute 50% of the funds raised to local charities in Burnley. The other 50% will be divided between the community trusts at each of the Premier League clubs.

It was another successful journey for Scott Cunliffe, as he completed the run from Turf Moor to Fulham FC’s Craven Cottage in just eight days to wrap up chapter two of his amazing RunAway fundraising challenge.

It’s not been an easy start for Scott, having previously run all the way to Southampton before his adventure to West London. However, this didn’t stop him from arriving early and completing the Fulham Palace Parkrun on top of his journey.

He was also joined by Fulham FC Foundation’s CEO Mike McSweeney for the last leg and was interviewed on BBC Radio 5 Live on Bank Holiday Monday! Thank you to all the staff at the Fulham FC Foundation who were brilliant in supporting Scott on his arrival in London. To listen to Scott’s interview on 5 Live please click here and skip to 1 hour 57 minutes.

Scott’s next run will be to Molineux when the Clarets travel to Wolverhampton Wanderers on Sunday 16th September.

Scott Cunliffe’s Sunday was full of jubilation and celebration as he successfully completed the first chapter of his RunAway fundraising challenge – the run from Turf Moor to Southampton’s St. Mary’s Stadium in time for the Premier League opener for Burnley and the Saints.

After the halfway report, Scott completed his remarkable journey by running the following route: Banbury to Oxford on Wednesday, Oxford to Winchester on Thursday and Friday and Winchester to Southampton on Saturday and Sunday.

Scott even had time for a kickabout with the Saints Foundation in Eastleigh, getting involved in a fun football session they run for children who are partially sighted, deaf or have Down’s syndrome.

Scott’s next trip will be to West London when the Clarets visit Fulham FC on Saturday 25th September.

Login to Runaway
Reset Password
Enter the username or e-mail you used in your profile. A password reset link will be sent to you by email.